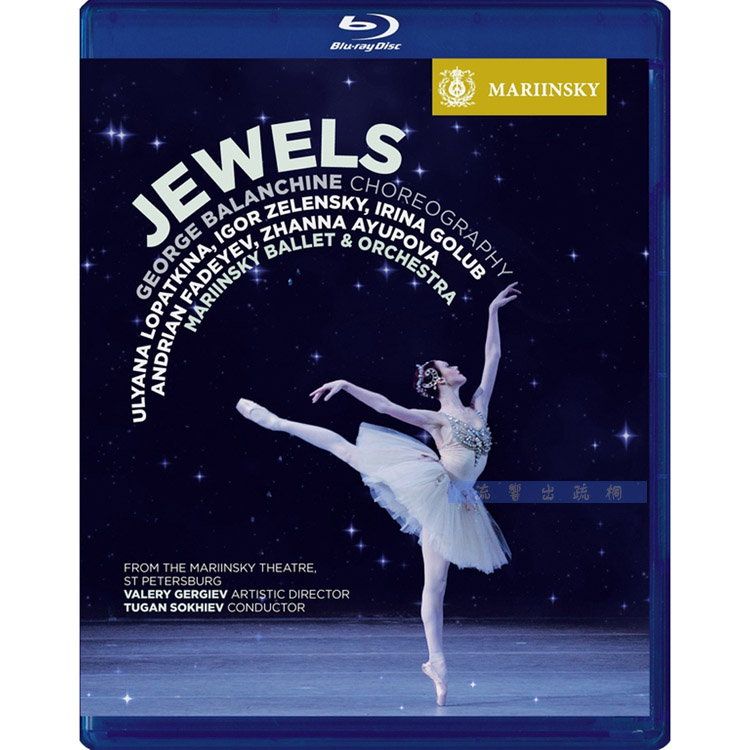 {{iteminfo.nick}}
View this item on taobao Before emigrating to the West, George Balanchine studied in St Petersburg and was a member of The State Academic Theatre, now known as the Mariinsky. Jewels dates from late in his career as a choreographer, and was premiered at the New York City Ballet in 1967. Although it did not receive its first performance at the Mariinsky until 1999, it has since become a core part of the company’s repertoire.

This performance was filmed by Brian Large at the Mariinsky Theatre and features many of the Mariinsky’s most well-known dancers alongside conductor Tugan Sokhiev and the Mariinsky Orchestra. Also included is an interview with the Artistic Director of the Mariinsky Theatre, Valery Gergiev. Jewels consists of three acts: Emeralds, Rubies and Diamonds, featuring music by Fauré, Stravinsky and Tchaikovsky respectively. There is a stark contrast in composition and style for each of the three acts, linked only by the dancers’ dazzling costumes encrusted with coloured gems corresponding to the title act.

For the opening act Emeralds, the dancers appear in long green tulle skirts. The demure choreography is reminiscent of the 19th -century French school in its languid and flowing appearance and is set to the music of Gabriel Fauré. The playful second act Rubies is accompanied by Stravinsky’s Capriccio for piano and orchestra. Full of character and wit, its striking angular poses bring to mind the modern New York scene. Diamonds evokes the classical era of Imperial Russia and the dancers, dressed in flat white tutus, sparkle along to the last three movements of Tchaikovsky’s Third Symphony.

The Mariinsky Ballet (formerly known as the Kirov) is probably the world’s greatest ballet company with an astonishing heritage and home to many of the most celebrated dancers. The ballet tours regularly, as well as performing throughout the year in St Petersburg.

“the greatest dance troupe in the world” Financial Times

“Balanchine’s 1967 creation is a dazzling stylistic potpourri of pure dance ... a spectacular sight and a fitting climax to a great evening” The Times 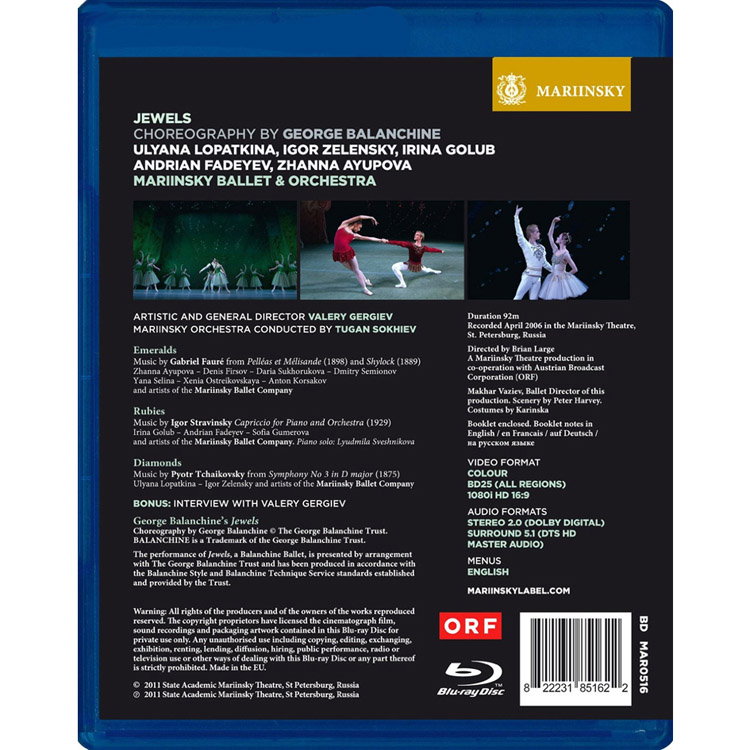